Anna Featherstone knows what she is talking – and writing – about when it comes to making the move from the concrete canyons of our cities to a magical life on the land. It has only taken her 10 years to almost get it right. She and husband Andrew Campbell have also recorded the journey of many like themselves in a book about, well, about small farms.

A lovely couple from Western Sydney, parents of three young children, were recently lamenting the changing nature of their suburb, the increasing height of the apartments, their skyrocketing blood pressure and their growing sense of futility.

They desperately wanted to move to a small farm but it seemed like too big a big decision for them to make and they feared doing so would be financially detrimental.

I thought about their predicament. It’s one my husband and I faced more than a decade ago and probably something many readers of this magazine have faced – or are facing – as well.

What a difference 10 years makes though.

Our decision to move to a rundown 36ha farm on the Mid North Coast of NSW launched us on a journey like no other.

Our main interest initially was to develop our skills so we could live more sustainably – and give our kids the opportunity to grow up as capable contributors.

What we didn’t factor in, however, was how intoxicating learning new skills would be for us adults.

The farm we bought had a house, fences with more holes than Swiss cheese and a creek that had stopped running in the dry.

Its soil was barren from too many burns and the only thing growing well was fireweed.

But looking beyond that what it did have going for it though were stunning views, easy access to the local village and beaches – and two simple, weatherboard cottages that meant we could begin earning immediate income through a farm-stay offering.

We didn’t really have a plan, but we did have a dream.

We didn’t really have a budget, but we did have a vision.

We didn’t really know what we were doing, but we dedicated ourselves to learning.

Landcare, Seedsavers, locals, books, magazines such as Small Farms and the Internet became our university.

Learning, doing and seeing the results of everything we attempted from soil regeneration to crafting beeswax balms became our drug.

Our interests were so broad our farm was never going to be a monoculture and by fulfilling our curiosity, the broadness of our offering became the attraction.

But trying our hand at so many things also became a distraction and increased our workload immensely.

It has been both a fun and frantic home and workplace which I’ve written about in Honey Farm Dreaming, an upcoming memoir due out in April.

In the early days we concentrated on building the farm-stay business and dovetailed other projects around it.

These projects included putting in a three megalitre dam and installing a solar pump irrigation system to troughs across the farm.

With the help of Landcare we fenced off riparian zones and planted more than 1000 trees as a wildlife corridor and for bee fodder.

We overhauled and fenced in a large vegetable garden and began building our foundation herds of Miniature Galloway cattle, Dorper sheep (to help with the fireweed control), Saanen milking goats and Araucana and Light Sussex chickens.

A rescue horse also came along for the ride, as did a feral ratter cat and assortment of crossbred sheep and goats.

We then found beekeeping mentors and moved into Italian honey bees and native Australian stingless bees.

The bounty of all the above led us to explore volunteer labour through Helpx and WWOOF and we eventually ended up hosting more than 110 backpackers from all over the world who helped us produce everything from goat’s milk soaps to beeswax lip balms, helped plant and pick our annual crop of rosellas (wild hibiscus) and turmeric, helped spin and bottle honey and worked alongside us at farmers markets.

Family dinners were a riot (sometimes literally) with this crew.

Entering awards helped us get much-needed publicity, which meant we could spend less money marketing the farm and more on the farm itself.

When guests arrived we gave them the best time we could, and some guests returned more than 20 times in the space of 10 years, while others flew from Singapore just to stay with us.

Our tiny farm, run on a tiny budget, had a big heart, and guests warmed to that, for the most part accepting us and our shortcomings.

In the past decade we experimented, grew personally and regenerated the land and ourselves.

In the final analysis, though, we learnt skills and made memories worth more than any deposit in a bank.

We also made plenty of mistakes too and that’s why it was so interesting to interview other farmers from around the country for the book Small Farm Success Australia.

It gave us a real insight into how others farm and how they feel about it.

As we think about moving on from our own first farm to a new one, we will approach it differently again.

So, on reflection, I’d say to that young couple from Western Sydney “work out a way to do it so you manage the financial risk – such as having an off-farm income, or renting out your city house, while renting in a rural area to test the waters”.

I’d also say “go for it, we all only have so many years on this planet to find our calling and contribute.”

Then point out to them “it’s a big decision to move to the country, but it’s just as big a decision to stay living a life you don’t enjoy”.

Finally, to those who are already farming I would say, “the earth needs good people and good farmers, thank you so very, very much for what you are doing.”

How to make a life and a living on the land

Available February from bookstores, as a Kindle book on Amazon and direct from the publisher at www.smallfarmsuccess.com.au 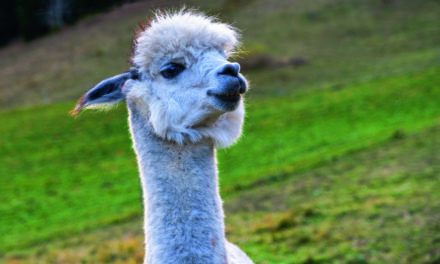