The Victorian Farmers Federation (VFF) and United Dairyfarmers of Victoria (UDV) are pleased to hear that the extreme animal activism group Aussie Farms have had their charity status revoked by the Australian Charities and Not-for-profits Commission (ACNC).

“We absolutely welcome the news that common sense has prevailed and that the ACNC has recognised that inciting illegal activity, such as invading farms in the dead of night, is not the actions of a genuine charity,” said Mr David Jochinke, VFF President.

“Animal activists have been able to openly flout Australian charity laws by structuring their business operations to take advantage of tax concessions and rebates. This is a great step forward, but there is still a lot more work to be done to ensure farming families and employees can feel safe at home and in the workplace.

“Currently, Victoria’s weak trespass laws do nothing to deter individuals or businesses that invade farms, disrupt businesses and steal livestock.  As a priority, the Victorian Parliament needs to pass laws that send a strong message to animal activists: if you trespass onto farms, you will be prosecuted,” said Mr Jochinke.

As a part of the Inquiry into the Impact of Animal Rights Activism on Victorian Agriculture, the VFF and UDV have called for trespass penalties to be strengthened to $220,000 for individuals and $400,000 for organisations, and $1,000 on-the-spot fines.

“When the Aussie Farms map was launched earlier this year, farmers across the nation were shocked and angered by the obvious attempt to incite activists to invade farms. Our members asked us to join the push to remove Aussie Farms’ charity status. After working behind the scenes, in coordination with other agricultural bodies, we are grateful to the ACNC for their strong stance against abuse of the charity status,” said Mr Paul Mumford, UDV President.

“This is a great win for grassroots advocacy and shows the importance of the agricultural industry uniting in the face of such blatant attacks. The safety and viability of our farming families remains the priority for the VFF and UDV, and we will continue to ensure it is also the priority of the Government,” said Mr Mumford. 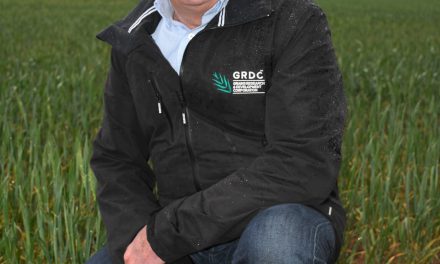 Organising your farm for drought and dry seasonal conditions