In the middle of a cow paddock and beside an apple orchard in the Adelaide Hills, two very large, very modern sheds represent an exciting new development in how outstanding local epicurean fare is made and presented.

Lot 100 brings together a host of the brightest beverage and food talent in this state as co-habitants in a versatile production space and a huge, open plan tasting pavilion, located within the Ceravolo family’s 84ha property in the quiet Hay Valley, just outside of Nairne.

The size and scale of this smart collaborative venture has made an instant impression on hordes of visitors since Lot 100 opened in December 2018. However, most don’t realise this has been five patient years in the making – and that Lot 100 is determined to keep growing.

The latest step is to open a mezzanine bar in the production shed, built by carpenter Sam Weckert, above the amassed beverage production equipment. At spacious tables and benches, visitors will be able to participate in masterclasses, tastings and blend-your-own workshops presented by the various producers.

“These hands-on activities will be great fun, very educative and also give the participants a very clear idea of just how much production activity is happening inside this vast insulated shed,” says Lot 100 co-partner Toby Kline.

Participants will be exposed to a variety of new taste sensations, especially when presented with Adelaide Hills Distillery’s experimental Native Grain Project, which is working through trials of making spirits from such native ingredients as wattleseed, kangaroo grass and saltbush seed.

The epicenter of the production shed is Mismatch’s 35 hectolitre Premier Stainless brewhouse, which brewers Ewan Brewerton and Leigh Morgan installed and began operating a year ago, while the remainder of the facility was still being completed.

While the space is now humming with activity, there is still ample room for the producers to expand their operations. For instance, Vinteloper winemaker David Bowley continues to make his wines elsewhere in the Adelaide Hills, due to his preference for wild yeasts during fermentation posing a threat to the brewery’s production requirements – but he will store his wine barrels at Lot 100.

A facility of this size needs significant resources to keep it operating, and its designers have addressed sustainability and efficiency issues at every step of its construction and operation.

The most expensive shed on the property is also the smallest – a $750,000 water treatment facility that extracts water from two bores, removes its salts and minerals via reverse osmosis, then feeds it into the shed for use by each beverage producer. Wastewater is fed back into the system, treated and then used to irrigate crops, grass and trees, including the Ceravolo family’s adjacent orchard, which produces fruit for Hills Cider and Ashton Valley Fresh Juices.

Spent grain from the distillation process is recycled as feed for local livestock and used in the Lot 100 kitchen to bake bread. Electricity used on the site is provided by 1700 square metres of solar panels, creating a sizeable a solar farm on the production shed roof.

While the visiting public doesn’t see this, they do get to sample a huge array of drinks in the company of food within the adjacent tasting pavilion. A bar with 40 taps is designed to swiftly serve big numbers of visitors, with 30 pouring Mismatch beers, six for Hills Cider and four for Adelaide Distillery spritz.

Adelaide design company Frame (which creates product labels for Mismatch and Adelaide Hills Distillery) has dressed the cellar door interior with raw timber slats rising to the high ceiling and polished-concrete floors. This room opens to broad timber decks and rolling lawns that accommodate many more diners and drinkers under the shade of towering gum trees.

A sustainability message follows through to food served in the cellar door dining area, prepared by chefs Shannon Fleming (formerly of Adelaide’s esteemed Restaurant Orana) and Tom Bubner (of Pizza e Mozzarella and Chicken & Pig). The menu is built around a relaxed Italian style of eating – from pizza to pasta and roasted treats from a wood-fired oven, but the intention is to place locally sourced ingredients on a pedestal.

More plans for Lot 100 are already in motion. Hop plants are growing, so their flowers can eventually be used in Mismatch beers, while a kitchen garden will provide a range of vegetables and herbs for the restaurant, to keep reducing the distance from paddock to plate. An eventual aim is for the cellar door to include produce sales as well as beverages – “a one-stop shop for everything delicious,” as Toby Klein explains. 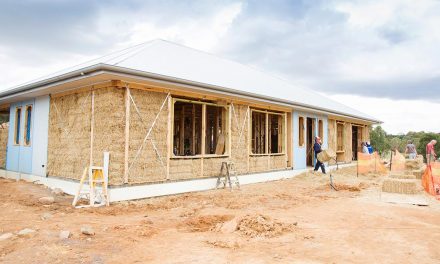 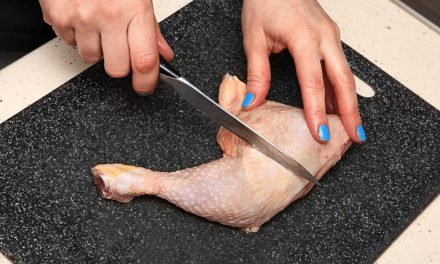