The Australian horticulture sector could climb to up to $30 billion over the next decade, putting a significant dent in the national agriculture industry’s target of reaching $100 billion in production by 2030.

Revealed in a recent submission to the Federal Government Inquiry into growing Australian agriculture to $100 billion by 2030, Hort Innovation stated the figure could only be reached through targeted research and development investment, and regulatory support.

Hort Innovation chief executive Matt Brand said horticulture is already the fastest-growing agricultural sector in Australia – with a 40 per cent hike in value over the past five years to $13.2 billion – and production is expected to continue to climb.

“The Aussie horticulture sector is in the box seat when it comes to growth,” he said.

“There is so much untapped potential when you look at macro trends, such as plant-based diets and plant-based food packaging, and the increasing need for urban farming solutions.”

“There is also plenty that can be done using existing research, development and trade activities that are already underway through Hort Innovation, with impacts already being seen through levy investment.”

Mr Brand said a recent independent project impact assessment revealed Hort Innovation is delivering a cost benefit ratio of up to 4 to 1 across R&D investments.

“Projects, such as a strawberry breeding program – which has delivered 12 new varieties that now capture a large share of the market – have proven a big success.

And, there are many ways to continue to get maximum ‘bang for buck’ through options such as expanding existing trade markets, and continuing to pool Rural Research and Development Corporation resources through initiatives such as The Plant Biosecurity Research Initiative, to stamp out duplication and drive efficiency.

“The low connectivity of much of regional Australia impacts on the effectiveness of digital transformation which, along with a lack of data integrity and visibility, results in a non-data-driven culture,” he said.

“Competition for water and water availability is also an impediment, particularly in the Murray Darling Basin and in drought-affected areas. The cost of production – including labour, water, energy and access to inputs – also has an impact on business.”

Mr Brand said on top of that, extension and adoption need greater investment and refocus, with a dedicated unit being established in Hort Innovation now to address this issue.

He also said State agencies, in particular, need to also focus on ensuring research findings can be applied on-farm as a lack of funding over the past decade has affected productivity:

“With the rapid advancement of new, disruptive technologies, that is a concern”.

A conservative outlook – which takes into account targeted R&D investment, and some regulatory support – is $20 billion by 2030.

And, with regulatory intervention across issues such as labour-hire, network connectivity to regional areas and climate change, combined with targeted R&D investment, that figure could reach $30 billion. 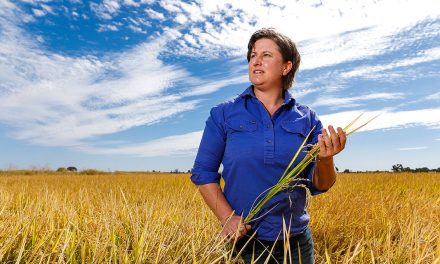 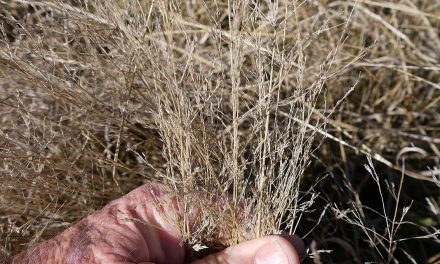