Provenir is proud to announce the successful launch of its crowdfunding campaign for Meat Packs.

Now Provenir has only $7,000 worth of pre-sale Meat Packs left available before reaching its fundraising target of $33,000.

“Provenir’s crowdfunding campaign is not a marketing gimmick, rather it’s a really important part of our business plan,” Provenir marketing officer and co-founder Jayne Newgreen said.

“Securing pre-purchase of our Meat Packs ensures the business viability in the crucial first few months. Whilst our supporters have been vocal and numerous during development stages of our business – it is vital we translate this support into customers upon the launch of Provenir.

“Provenir’s high welfare meat supporters will receive products that have full traceability and true provenance. By processing on-farm and utilising the latest in digital traceability technology, Provenir is able to provide full transparency and guaranteed provenance that is validated by the customer themselves.

To ensure full traceability, Provenir is vertically integrated, with full control of the entire value chain, from on-farm processing in the commercially licensed mobile abattoir, through to artisan butchering, and sales and distribution of the packaged Provenir-branded meat product.

Provenir crowdfunding campaign supporters will be the first in Australia to take part in this revolutionary ag-tech solution to eliminate live cattle transport prior to processing and experience high welfare meat that has been processed on-farm by Provenir.

“We understand for today’s consumer, knowing the provenance of their food, how it was produced, and whether it meets their personal values, is imperative to their purchasing decision,”
Provenir co-founder and chief executive Chris Balazs said.

“This has been clearly demonstrated in the interest and support the crowdfunding campaign has received in the first week, raising more than $26,000 from over 100 supporters who have pledged their support in return for being one of the first to try Provenir beef.”

Currently every cut of Australian beef is processed in a static abattoir.  The consolidation of abattoirs in recent times has required livestock to be transported, often over long distances to the processors. The effect of live transport can reduce yield, increase animal stress and consequently have a negative effect on meat quality. Accordingly, Provenir believes eliminating the stress associated with live transport to a large fixed abattoir will improve meat quality for the consumer.

“By respecting the life of the animal and the work farmers put into raising top quality livestock, coupled with its on-farm process and artisan butchery techniques, Provenir is able to ensure the quality of the meat is retained and maximised throughout the whole process, from the farm to fork.”

Taking the innovative approach one step further, Provenir has used the crowdfunding platform, Pozible, in a novel way by offering the pre-sale of the Company’s on-farm processed beef, with delivery of the pre-sale Meat Packs expected by the end of July 2019. 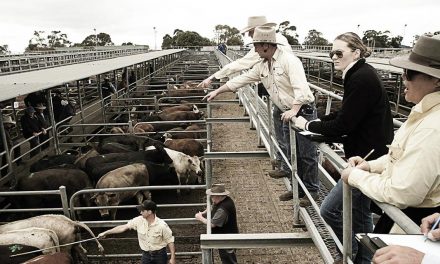 Market options for sheep and cattle