Stubble could be key to more profitable field peas

Field pea production could become a more viable option for growers, with researchers from the Centre for Crop and Disease Management (CCDM) investigating a simple and cost-effective method for reducing disease and increasing yield.

Results of student-run trials – at Curtin University in Western Australia in 2018 – show that using precision sowing and retaining the previous year’s wheat or canola stubble as a trellis to elevate the canopy, combined to provide a double benefit to growers.

CCDM researcher and Curtin Agriculture and Food Discipline lead Sarita Bennett led the study and said the findings could be key in realising the potential of field pea as a valuable component of crop rotations.

“As with other legumes, disease is an issue for field pea and this, combined with mixed success from the use of fungicides to control disease impact, has deterred many growers from adopting them into their cropping rotations,” Dr Bennett said.

“For disease control to be effective, fungicides must be combined with other management strategies, which our researchers set out to identify in this study that achieved some promising results.”

The CCDM is co-supported by Curtin University and the Grains Research and Development Corporation (GRDC).

“A key focus of the CCDM is to help grow the next generation of agriculture research leaders, so it is a great outcome to have Curtin agribusiness students actively involved in trials with our researchers, leading to on-farm advice for growers,” CCDM co-director, Professor Mark Gibberd said.

Sowing was conducted at two times, four weeks apart – the first in mid-May 2018 and the second in mid-June 2018.

• Ascochyta blight (or black spot) infection, which is the main contributor to field pea losses to disease, was significantly reduced in plants that were trellised on standing stubble.

• Disease incidence was highest in early-sown peas without stubble, with around an infection score of about 25-30 per cent in the third week of August, increasing to 50 per cent by mid-September.

• In contrast, where the stubble was retained, the infection rates were similar for both times of sowing mid-season, and significantly lower from mid-September, than when the stubble was flattened.

• The highest yield of 2.3 t/ha came from the earlier sown plants growing in retained stubble, and this is most likely due to reduced disease.

“Finding alternative solutions to fungicides, like the use of stubble to elevate the canopy and limit disease spread, could be invaluable to pea production,” Dr Bennett said.

“It’s a simple and cost-effective method for growers to adopt by using equipment and resources that most would already have at their disposal.”

CCDM pulse researcher Rob Lee, who sowed the plants for the study, said the solution would potentially allow growers to fully realise the yield benefits of an earlier sowing date while reducing disease by keeping the plants off the ground.

“Although early-sown trellised crops would be heavier and prone to some lodging late in the season, adoption of stubble trellising could still improve harvestability over non-trellised crops that have reduced biomass due to disease,” Dr Lee said. “We look forward to testing this on a broader scale.”

In an earlier trial in 2016, the research team looked into the impact of nine different fungicide treatments at two times of sowing to determine the best timing and mode of action for controlling Ascochyta blight in field peas.

They found that time of sowing had a greater impact on reducing disease levels (that were lower in the later time of sowing) than the use of fungicide treatments, but the shorter season brought about by late sowing limited the yield potential for the crop.

Field pea losses to disease are estimated to be worth $23.7 million annually, which equates to $73.35/ha.

Growers who adopt the stubble method are encouraged to share their experiences, whether positive or negative, by emailing [email protected]. 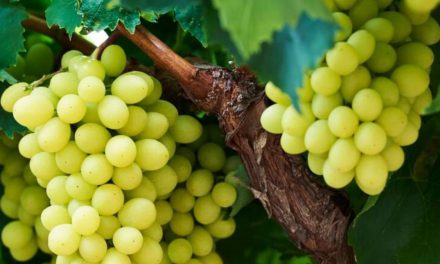