As our climate grows warmer, farmers need to find alternative feed sources that can withstand the increases in temperature.

New research from the Tasmanian Institute of Agriculture (TIA) has tested a selection of pasture species to find out which ones can beat the heat.

After 18 days of heat stress and no irrigation, there was only one pasture species left standing, the common chicory.

“It can handle extreme conditions quite well because it ‘bunkers down’ when things get too hot and goes into a dormancy state to protect itself,” Mr Langworthy said.

“It might not grow much during this time, but importantly, it can survive when others won’t.”

Chicory may have a role to play, particularly in South East Australian dairy regions, where soaring temperatures and drought are frequent and ongoing issues.

“Heatwaves in Australia can have damaging effects on perennial ryegrass, including production losses and in some cases grass death,” Dr Langworthy said.

“This is a big problem because perennial ryegrass makes up between 60-70 per cent of the cow’s diet in these areas.”

“Chicory provides a valuable alternative to perennial ryegrass. It is commonly available and has a high nutrient value.”

Dr Langworthy also looked at how farmers can manage both grazing and irrigation over summer to maximise the survival and growth of their pasture.

He found that irrigating ryegrass at least every two days reduced significantly the impact of extreme temperatures.

“Many people think that ryegrass won’t survive over 30 degrees, but we found that with regular irrigation it handled the heat quite well,” Dr Langworthy said.

“More research needs to be done, but this suggests that frequent irrigation could be a good strategy for ryegrass, particularly in Tasmania where farmers aren’t as reliant on flood irrigation.”

The project received funding from Dairy Australia and CSIRO. 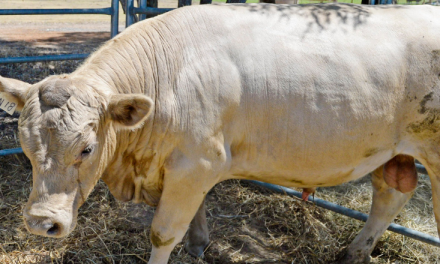