Conditions in Australia’s forestry sector remain favourable, according to a report released by the Australian Bureau of Agricultural and Resource Economics and Sciences (ABARES).

ABARES acting executive director Peter Gooday said the Australian forest and wood products statistics September and December quarters 2018 shows the total value of logs harvested in 2017-’18 was a record high $2.7 billion, up 4 per cent from 2016-’17.

This increase was driven by values of hardwood and softwood commercial plantation harvests.

Commercial plantation logs comprise 87 per cent of Australia’s total log harvest, up 19 per cent over the decade.

“The high log harvest has been underpinned by continued strong export demand for our products, especially hardwood woodchips and roundwood logs.”

Strong export demand continued into the first half of 2018-’19, with higher woodchip volumes contributing to an overall rise in export value of 10 per cent, compared with the first six months of 2017-’18.

Throughout the same period, wood product import values increased by 14 per cent.

“Consumption of wood products was also higher across most categories in 2017–18, with softwood sawnwood consumption up 5 per cent over the year, packaging and industrial paper up 5 per cent, and aggregate paper and  paperboard up 1 per cent”, said Mr Gooday.

In contrast to these positive trends, ABARES estimated small declines in wood processing industry output in 2017-’18.

Softwood and hardwood sawnwood production both decreased, down by a combined 2 per cent over the year.

In the first half of 2018–19, the number of new houses commenced decreased by 4 per cent, with other residential building commencements  down 10 per cent, compared with the first six months of 2017–18. Expert reveals how to put excess produce to new uses RIVER MURRAY WEEKLY REPORT – FOR THE WEEK ENDING WEDNESDAY, MAY 22 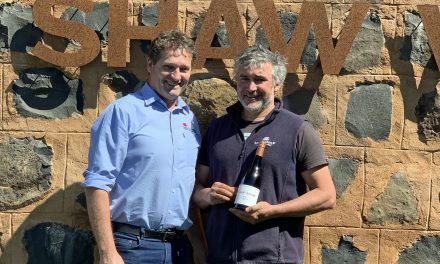