Grain growers in Victoria, South Australia and Tasmania who detect weeds that have survived herbicide applications are encouraged to have those weeds tested in-season for herbicide resistance.

Research scientist Peter Boutsalis says screening of weeds during the winter crop growing season to determine their resistance status provides growers with valuable information on the effectiveness of herbicides on target weeds, potentially preventing the costly use of ineffective herbicides and reducing the spread of herbicide resistance.

A ‘Quick Test’ – the only in-season test of its kind in which plants (grasses and some broadleaf weeds) are tested for herbicide resistance (or susceptibility) – can assist growers in understanding the extent of resistance on their properties.

Dr Boutsalis, of the University of Adelaide and Plant Science Consulting, conducts research into herbicide resistance as part of a Grains Research and Development Corporation (GRDC) investment.

“The Quick Test works on plants from seedlings to advanced tillering, as long as the plants are green and healthy,” Dr Boutsalis said.

“The test usually takes about four weeks to complete, provided the weeds received are in good condition.”

Dr Boutsalis said it is important to provide accurate details about the location from which weeds were collected for sampling during registration for the test.

“Growers should collect 50 to 100 plants per paddock, aiming to collect 20 plants per herbicide test – fewer plants are needed if they are tillering.

“After carefully pulling out plants, soil should be shaken from the roots and it is also critical that growers do not wash or wet plants. They should be placed in a small plastic sandwich bag or wrapped in cling wrap.”

Annual resistance surveys conducted by Dr Boutsalis and his colleagues through a GRDC research investment have shown concerning levels of herbicide resistance in some weed species in many parts of the southern cropping region.

“In-season testing of weeds that growers suspect are resistant adds another layer of knowledge to support growers in combating the spread of resistance and extending of the longevity of existing chemistries, and the employment of effective chemical and non-chemical weed control tactics.” 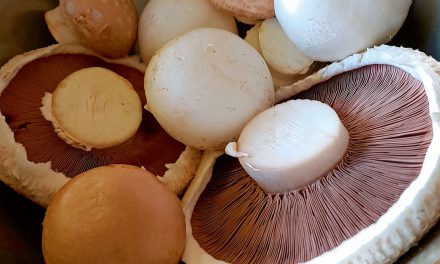 You can’t beat being kept in the dark