When it comes to breeds of cattle in Australia, well we Australians are spoilt for choice. Robyn Sykes has worked her way around the smorgasbord on offer to help you find the best fit for your small farm.

Cattle graze on pastures in every Australian state and territory. But before you choose a breed for your farm, ask yourself: What am I trying to achieve?

Is this a commercial or lifestyle decision? For market or personal use? Trade or breed? Beef, dairy or dual purpose? What is my breeding plan?

To set up a breeding plan:

Many of the cattle in popular breeds have BREEDPLAN genetic estimates. Increasingly you can also access data through genomics, phenotyping and most recently, single step.

Single step will pull together genotyping, pedigrees and performance and progeny data to create a genetically-enhanced EBV in one step and not the current multi-level system.

Such measurements give producers confidence when comparing breeds. Breed societies and Department of Agriculture or Local Land Services personnel can also be a mine of information.

Many of the rare breeds would suit small farmers, according to Janet Lane, Cattle Coordinator for the Rare Breeds Trust of Australia (RBTA). The cattle enthusiast maintains the RBTA’s Watch List of cattle breeds under threat in Australia.

“The advantages of all these old breeds are they are very good doers [convert grass into muscle very efficiently],” Janet said.

“They are all easy calvers with low birthweight calves, but they are very good milkers so the calves grow really quickly,” she said.

“They mature early but live longer … they can be productive into their 20s.They’re placid, sensible, hardier than modern breeds, more adaptable, more resistant to pests. Originally many of them were dual purpose [milk and meat].

“They browse as well as graze, and they graze in a way that’s good for the country. They’re very good at getting rid of weed species. And they have fewer methane emissions.

“For cold country, you won’t get a better breed than Galloways. They have a double coat… one of the few breeds that will put on weight in snow. A Scottish breed, Galloways are a strong animal that can walk up hills… naturally polled. While the Belted Galloways are eye-catching and popular, the Galloways themselves aren’t.

“The Welsh Black is a bit like a little Angus. Small, a very good doer. They’re very long in the body so they’re good on steep blocks. Imagine the hills of Wales… these tough little cattle walk anywhere… especially in cool country.

“Traditional Angus are in really low numbers. Shorter, thriftier and more nuggetty than a modern Angus and much better doers… more sensible.

“The British White… the people who have these just love them. Quite a striking looking breed, white with a black point, with all the advantages of an old breed. Really good for a small landholder; you can milk them if you want.”

Looking for a rare dairy breed?

“If you’re looking for a house cow, pick a Guernsey,” Janet opined. “Although for a cold climate, the Dairy Shorthorn has an amazing history and is a very good dual-purpose breed.”

The Belmont Red – developed in Queensland by CSIRO in 1968 – is the only Australian breed on the RBTA watch list. The mix of Afrikander (Bos indicus), Hereford and Shorthorn produced a big, placid animal with good feed conversion, well-adapted to northern Australia.

The only miniature breed on the RBTA Watch List is the ancient Nadudana.

“They’re a miniature Zebu, one of the rarest breeds in the world,” Janet said.

“They only come up to your hip. Because they’ve been with people since the dawn of time, they get extremely docile and affectionate.

“But like other Zebu breeds, they have strong herd behaviour; they don’t like to be separated. Good for a hot climate.”

There’s so much choice, so take it one step at a time. Choose your breed group, then your breed, then your sires.

Check breed associations, ask the locals, do your research. Then enjoy the cattle journey. 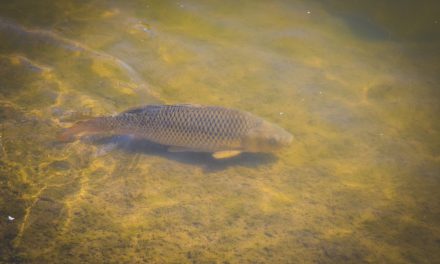 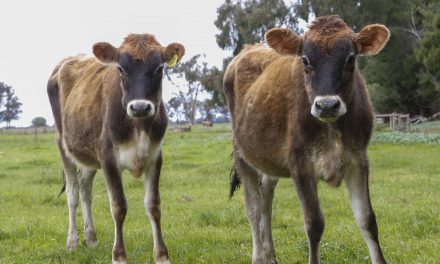