SMALL farmer or big, you aren’t really a man (or woman) on the land if you haven’t got a Kelpie or Blue Heeler yapping along in your wake.

So if you’ve ever dreamed of having your own sheep and/or cattle dog it’s time to wake up and smell the coffee because the cattle dog rescue movement is looking for people just like you.

Karmen Bonnici runs a cattle dog rescue program and has just relocated from Whittlesea to Heathcote, about an hour north of Melbourne, and set up her rescue service to keep working dogs out of the pound and move them into new homes.

And while working dogs are her focus — she takes every Kelpie or Heeler — she is just as keen to help any dog she can.

“All the dogs we have would make good family dogs, we take crossbreeds, mutts, everything,” she said.

Karmen has been rehoming dogs for eight years and said what started out as a hobby quickly evolved into a lifestyle.

“It started out with photography, I used to take pictures for other rescues in the area I lived in, but I found there were no rescues taking working dogs,” she said.

“I had grown up with working dogs and loved them so I knew how to train them.

“And so I set up my own to take dogs that nowhere else would take.

“In the beginning I was only rehoming one or two dogs a year but once it got going it really took off and I am now putting as many as 90 dogs a year through my rescue program.

“As with some hobbies, it can just take over your life eventually,” she said.

“Now we get litters of pups and I have a contract with the RSPCA. A lot of the dogs come from up around Broken Hill, Mildura and the surrounding areas.

“Volunteers bring them down to somewhere more central and we work with the dogs to retrain them and find them a home.

“We get them checked over by a vet and get everything done for them. Seymour Vets have been amazing with us, a lot of the time the vet bills can be a killer.”

Moving to Heathcote from Whittlesea, Karmen said they were just looking for a home with more space.

“It’s hard to keep a whole lot of rescue dogs in a suburban environment, moving out here lets me expand it,” she said.

“We have space to quarantine new dogs and keep pregnant dogs or ones with a bit of a temper separated while they settle in.”

After the dogs have been given the all-clear and have been trained by Karmen, they’re then put up for adoption.

But in that time where they’re available, they need somewhere to stay. And so Karmen decided to foster the dogs out in the meantime.

“Fostering a dog is a good idea for people who can’t take on a dog for ever,” she said.

“Some parents even want something to entertain the kids for the summer holidays and so they foster a dog because then it’s rehomed.

“We also have forever foster for dogs who aren’t in pain but have terminal illnesses. We cover the costs of beds, bowls and treatment for them until they pass away.”

Karmen has already had one or two residents take her up on the offer after she put the word out there.

Tracee Watkins was a foster carer for a dog, Holly, who was rehomed quickly.

“I love animals and I was looking for something I could do to help,” Tracee said.

“I saw Karmen’s ad and thought that it was something I could do, and at home too.”

Tracee said when Holly was adopted out, it wasn’t too difficult to say goodbye.

“I didn’t have her for all that long, but with others it may be more difficult to say goodbye,” Tracee said.

“We have them for a two-week minimum at the shelter, but some I’ve been working with for up to eight weeks,” Karmen said.

“But there’s a home for every dog, and a dog to suit everyone. We don’t have trouble finding homes for dogs.”

For anyone looking to adopt a dog, Karmen said there’s a few things to consider before taking the leap.

“Every dog is different and so people need to consider what they can keep,” she said.

“I have a two-year-old daughter and so I’m always conscious of leaving her around the dogs. They absolutely love her, but will probably knock her down.

“But for families with older children it wouldn’t be a problem at all.”

Karmen said they’re picky with new homes, but only to make sure the dog and the owners are happy.

She also put the call out for foster carers in the area to allow the shelter to take on more dogs.

“We’re always desperate for foster carers, the more we have the more dogs we can save from the pound,” she said.

“It’s heartbreaking to see the ones you’re leaving behind. We take working dogs because that’s my expertise, but if I can save a dog, I’ll take it.” 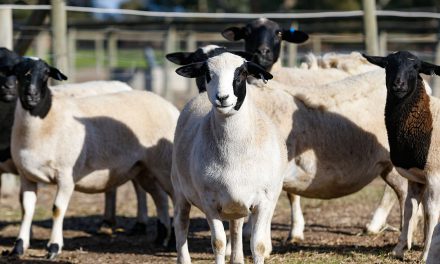 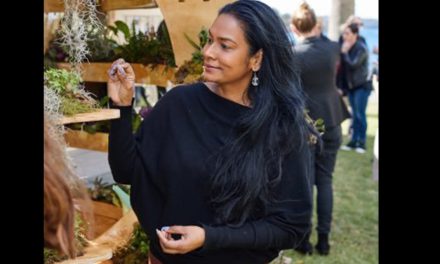