Australian farmers are becoming increasingly proactive when it comes to succession planning, with close to 70 per cent reporting they are actively looking to incorporate the next generation into their business through transfer of assets or shared ownership, according to a recent survey commissioned by agribusiness specialist Rabobank.

This is up from just over 60 per cent five years ago.

For larger-scale operators – those with annual turnover above $1 million – the interest in succession planning was even greater, with 87 per cent indicating they are looking to transfer assets to, or achieve shared ownership with, the next generation.

This is an increase on the 73 per cent of larger-scale operators who indicated the same intention five years ago.

With succession planning regularly identified as one of the key issues facing family farming in Australia, Rabobank head of succession planning Rosemary Bartle (pictured second from right) said the increased willingness to plan for future farm succession was encouraging news for the sector.

“Our work with farming families suggests farming businesses with a well-developed plan and family members pulling in the same direction have the greatest opportunity to increase profitability and grow wealth, enabling the farm to provide for future generations,” Ms Bartle said.

“And this bodes well for the agricultural sector, as in so many cases the most efficient business model is the family farm.”

The recent survey of 1000 Australian farmers – which formed part of Rabobank’s latest quarterly Rural Confidence Survey – found 69 per cent of farmers overall are actively planning to incorporate the next generation into their business.

“This compares with 61 per cent in mid-2014 when farmers were questioned on this topic previously,” Ms Bartle said.

The latest survey found 46 per cent of Australian farmers are looking to transfer the farm operations to the next generation as part of the succession planning process, while 23 per cent want to share ownership of the farm with the younger generation of family members.

Just 19 per cent said they are intending to sell the farm and exit the industry.

Ms Bartle said this increasing trend to incorporate the younger generation into the farm business was one Rabobank had been witnessing over the past 17 years since the bank began offering specialist succession planning facilitation services.

Over this time, Rabobank have facilitated 550 family farming businesses through the succession planning process.

“We are seeing a greater willingness of families to talk about the future,” she said.

“This stems from a changing culture, with family members more likely to voice their issues and concerns, and understanding that communication is the critical component of successful succession.

“We are also seeing more children wanting to come home, with the increasing economic prosperity of the sector and the exciting development in technologies.”

Ms Bartle said with increasing competition for farming assets, it is important for families to sit down and discuss ways to accommodate what each member of the family wants to do.

“Those families that start the planning process early, and develop a clear understanding of what the family and business wish to achieve, generally have more options available to them,” she said.

In most cases too, Ms Bartle said, the “driver has to come from the asset-owning generation as they need to be invested in initiating change”, with the process aided by engaging an independent facilitator.

“The role of the facilitator is then to make sure all issues are laid out on the table, and everyone has equal say and is listened to, so the complexity of issues can be explored,” Ms Bartle said.

“Ultimately, however, the plan is decided on by the family. As facilitators, we just bring our experience to the meetings and provide guidance on the process and examples of how other families have tackled similar issues.”

When discussing options, Ms Bartle said families may need to consider providing opportunities for additional family members to become involved in the business, farm expansion and ensuring parents are in a position to retire if they wish to do so, as well as providing for those children not directly involved in the farming business by arriving at a decision on “what is fair”.

“Achieving fair inheritance for all children is often one of the most difficult issues families face in the succession planning process,” she said.

“Quite often parents prefer inheritance to be equal, however the desire for equal inheritance is mostly incompatible with the family’s desire to continue the family legacy by passing on the family farm intact and as a viable business.

“Of all the families we have assisted in succession planning over the past 17 years, only five per cent have arrived at a situation of equal inheritance, which means that for all but a few, families need to come to an agreement around what is ‘fair’ inheritance for all children.”

Ms Bartle said it was also important that the process involved the family’s accountant and solicitor to ensure the proposed plan was realistic from a financial perspective, and could be supported by appropriate legal structures.

“While it may take two to three meetings, and in some cases more, to discuss the options the family has available to them, they are essentially setting a strategy for the future of their family and their family business,” she said.

“And while these conversations can be hard, and families often put the process off because of its complexity, families that remain honest about their personal and business goals manage the process well.”

Recognising the growing need for succession services in the farming sector, Ms Bartle said, Rabobank had further bolstered its succession planning team with the appointment of two facilitators, Christine Lensing and Gavin Whiteley – bringing the team to four.

“Christine and Gavin both have a strong association with agriculture,” Ms Bartle said.

“With graduate and post-graduate qualifications in ag science and economics, Christine started out at the Agricultural Research Council in South Africa before embarking on a career in agricultural banking in areas of credit risk management, financial and industry analysis, and agricultural advisory services.”

Ms Bartle said Mr Whiteley also had a lifelong association with the land, having grown up on his family’s cropping, sheep and beef farms in central New South Wales.

“Now based in Bungendore in southern New South Wales, Gavin is still actively involved in one of his family’s properties,” she said.

“And with qualifications from Orange Agricultural College and the University of New England, Gavin has worked in accounting, finance and business consulting and also held senior roles at a number of well-known corporate agribusinesses in the cropping, beef and poultry sectors.”

Ms Lensing, who is based in Melbourne, will be responsible for providing succession facilitation services across Victoria and Tasmania, while Mr Whiteley will cover New South Wales and Queensland, and Ms Bartle will facilitate succession for families in South Australia, Western Australia and the Northern Territory. 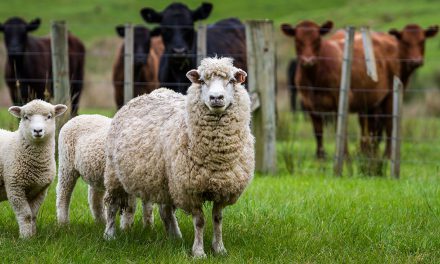