A researcher who has developed crop “speed breeding” technology and a scientist whose work is boosting the $3 billion-a-year dairy export sector have been recognised with one of Australia’s top awards.

Dr Hickey leads a research team at the Queensland Alliance for Agriculture and Food Innovation focussing on plant breeding and genetics research into Australia’s most important cereal crops, wheat and barley.

He has played a key role in developing technology enabling up to six generations per year for major crops like wheat, barley and chickpea.

Dr Ong, who is part of the ARC Dairy Innovation Hub at the Department of Chemical Engineering, uses microscopy to study the behaviour of food components such as protein and fat on a molecular level.

She uses this to work out how to improve processes in the Australian dairy manufacturing sector.

“The ICM Agrifood Awards recognises early-career scientists or technologists who have demonstrated excellence, innovation and impact in relation to food and agriculture in Australia

“More than ever, we need knowledge creation, technology and innovation harnessing to drive commercialisation and economic and social benefit.

“Dr Hickey and Dr Ong have both made tremendous contributions – slashing the time to develop improved varieties for farmers, and raising the productivity and efficiency of the dairy industry.”

Dr Hickey said the technology had been used to create novel wheat varieties in Australia and was being adopted by plant breeding programs around the world.

“We face the challenge of developing more robust and productive crops to feed our growing populations.

“Raising farmers’ productivity is vital for our economy and for the consumer.”

Dr Ong said her aim was to improve food quality and minimise waste by improving the texture and microstructure of dairy products.

“I am currently working on a range of projects including the microstructure of cheese and the processing of yoghurt, cheese and milk.”

Both researchers said they were honoured to be awarded an ICM Agrifood Award and proud their work had been recognised by the Learned Academy.

“I especially thank my colleagues and collaborators around the world for contributing to the speed breeding innovation and supporting my career,” Dr Hickey said.

Winners each receive $5000, sponsored by ICM Agribusiness, one of Australia’s major agribusiness groups. The Awards are administered by the Australian Academy of Technology and Engineering. 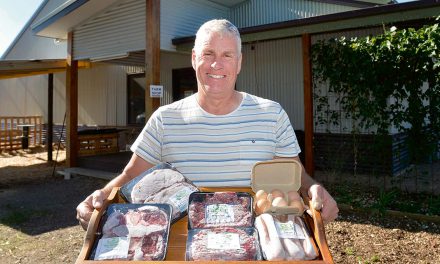