REFLECTING ON WHY she became a farmer, 28-year-old Amelia Bright recalls that “I fell into farming by accident”.

Amelia was living and working as a prosthetist in inner Melbourne before she decided to take the plunge at farming pigs with her husband Dan Bright in Fish Creek, South Gippsland.

Both Amelia and Dan had grown up in South Gippsland, but Amelia didn’t meet Dan until their 20s and never imagined she would one day return to her home region to join him in establishing a 165-acre pig farm specialising in high quality pasture raised pork.

Amelia and Dan started their farm on a block of land Dan had purchased pre-Amelia.

This block of land had once been part of the dairy farm next door to where Dan had grown up, and as a child he had helped to clear away ti-tree with his grandfather, and had watched the landscape be logged and cleared.

For Amelia and Dan a strong motivating factor leading them into pig farming was a shared sense of connection to their home region of South Gippsland, along with a deep concern for the local environment.

“We care about the environment we live in. It’s our responsibility to keep our waterways in the best possible condition and care for the soil and to fix any erosion that was here prior to us coming,” Amelia said.

“It’s our responsibility, and it is part of the reason we farm,” she added.

Amelia and Dan have worked hard in the past seven years to revegetate their property with native plants and trees, strive towards a neutral pH soil balance, create compost locally from pig and cow manure and to follow zero waste and organic farming principles.

Their hard work has paid off and the farm is now entirely off-grid and self-sustaining.

Amelia is driven by the belief “everyone who owns their own small patch of land needs to take responsibility for the path that the planet is heading”.

According to Amelia “we care how the animals are raised and what we’re eating … the pigs are sentient beings, they deserve to have a high quality life and to not be stressed for their whole lives”.

The pigs at Amber Creek Farm live outdoors all their lives and have unrestricted access to shelter, fresh water and wallows at all times.

Unlike other commercial pig breeds, they do not have their tails docked or their noses ringed to prevent foraging, and are instead free to roam in the soil and graze on a diet that is rich in nutrients and free of chemicals, hormones, drugs or GMOs.

This kind of open range farming isn’t without its difficulties and learning curves, but Amelia believes it results in happier pigs and a higher quality, better tasting meat.

It also allows Amelia to be involved, hands-on, with every stage of the process.

She feeds the pigs, transports them to the abattoirs and then helps the butcher cut and pack the meat before selling the pork direct to customers.

“I’ve got complete control over what happens in that animal’s life from the time it’s born to the time I sell it,” Amelia explained.

Selling high-quality pork to her customers gives Amelia great joy, but when asked about how she feels about the Australian pork industry, Amelia responded there were some major problems within the industry.

For Amelia the most pressing concern is the confusion surrounding the industry’s current labelling standards and the associated difficulties consumers face when trying to choose which pork to purchase:

“You can still be called ‘free range’ but technically live in a shed.

“So a lot of the problem is around language and the consumers will need to drive what happens within that industry space.”

Amelia’s advice to consumers is to get informed, to research the food they consume and to ask questions of their food suppliers. ‘Ask questions to your butcher’, she suggests, ‘do your own quick research and make your own informed choices.’

Another way to stay connected to the food that you eat, argues Amelia, is to try to purchase locally grown produce where possible.

Amber Creek Farm operates as an entirely local business servicing the South Gippsland region and providing pork directly to consumers via local farmers’ markets and through a small number of local produce outlets, with the occasional trip to Melbourne to hand-deliver orders in the inner-north.

‘Know your farmer, know where your food comes from’ is Amber Creek Farm’s website motto and Amelia believes strongly in the importance of staying connected to her customers and her local community.

In fact, being connected to her local community is one of the major factors driving Amelia to farm.

“We couldn’t run our business without the support of our local community,” Amelia added.

“Our products are mostly sold within a 30–50 km radius or less, and we’re able to do that because of the support of the community,” she said.

“By having a farm and being a farmer I get to be connected to our property and to our land and to our community. The connectedness I think overall is really important.”

Amelia and Dan were married on their property in 2014 and have since had Hazel — and for Amelia, her daughter has grounded her to the farm in a way she never anticipated:

“My daughter really embodies my whole farming journey, cementing my place here on the farm,” she said.

“Hazel was born at almost 43 weeks, so I was feeding pigs up until about 40 weeks with her, and from day dot … Hazel has been part of our journey and part of caring for the land,” she said.

Hazel and Amelia are joined at the hip most days, with Hazel travelling around the farm in a sling on Amelia’s back.

“Most of the time she just pops on my back and away we go,” Amelia said.

“I get to spend a lot of my day with Hazel while working, whereas not everyone can take their children to work with them,” she said.

“Hazel might still be a young toddler, but this doesn’t stop her from being incredibly active on the farm.

“She digs, she helps paint logs at the saw mill to stop them splitting, she empties the pig troughs and she travels to the farmers’ markets and butchers with me.”

Amelia believes this rural upbringing provides her daughter with a rich and diverse learning environment, and an innate understanding of where her food comes from:

“It’s a brilliant education for her to see how food is produced and how animals and ecosystems interact with each other and the consequences of doing it properly, or having errors along the way,” she said.

“It’s a great way for her to learn, by having a visceral connection to the land and playing in creeks and bush and exploring.”

Amelia also believes it’s important for her daughter to watch her mother work on the farm, and to learn that her opportunities are not limited by traditional gender norms or stereotypes:

“We’d really like her to grow up really capable and to see that both mum and dad can wield a hammer, and so can she, which she likes doing.

“She has complete choice over what direction her life is going to go in, and as long as she’s capable and can build those skills now, she continues to have choice.”

As a 28-year-old female farmer Amelia Bright looks to the future with cautious optimism, and holds hopes for a future where women like her daughter will have equal opportunities.

However, when asked about the role farming women play in current society she laments some women’s roles continue to remain invisible in the public eye, perhaps due to the fact that they have contributed to the farm via an off-farm income, and perhaps because women are, quite simply, just too busy.

“I think between helping on the farm, working on the farm or off the farm and doing the lion’s share of the domestic duties, there’s not a whole lot of time for self-amelioration of ‘wow, look what women are doing’,” Amelia explained.

Amelia reflected farming can be difficult, overwhelming, time-consuming and financially challenging at times, however despite these factors she wouldn’t change a thing.

When asked what she will be doing in 10 years’ time, Amelia’s response comes quickly and without hesitation — “we’re not going anywhere. We’ll be here”. What a lot of abalone 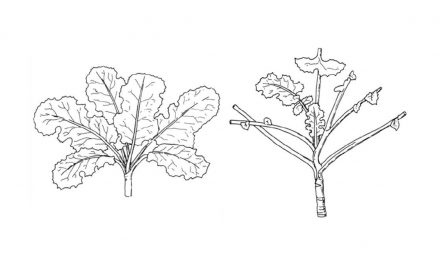