Lifestyle has always been just as important to the Bowlands as the dairy business the family operates just out of Leitchville in north central Victoria.

Andrea and Max Bowland, with their son Ben and his wife Heidi, run their business as “a typical dairy farm straight out of the 1970s” according to Andrea.
Rather than focusing on expanding their operation, buying more land and milking more cows, the Bowlands have decided to work with what they have and farm accordingly.
The mixed herd tops out at 90 spring-calving cows, which can be easily milked by one person in the 10 double-up dairy Max and Andrea built in 1978.
“When Ben first came home we got up to around 160 but we weren’t big enough to pay a worker and it was sort of in between so we decided to go back to farming the way we used to,” Andrea said.
“We don’t spend big money, we do everything ourselves and we always make a margin at the end of the year and that’s what matters to us.”
Andrea has always been interested in genetics and she makes all the decisions around AI and joining. Originally the herd was Holstein/Jersey.Andrea introduced Aussie Reds but she found they were getting a bit small so she moved to Illawarras.
More recently during the past 10 years or so she has become interested in the French Normande breed — a dairy-beef breed known for their high components.
“Normandes are a bit of a step back to the 1970s when we reared both dairy and beef. They are a really friendly docile breed and they have such a great temperament.
“Their calves are just beautiful and I love them.”

Longevity: The dairy built in 1978 is still going strong.

The lead cow in the herd is a Normande third-calver who is always first in the dairy. Her mother has six daughters currently in the herd so longevity is another great characteristic of the breed.
Andrea usually uses 60 to 70 straws of semen in spring and they mop up with their own bulls. A Speckle Park bull is used over the heifers for beef and ease of calving.
“We haven’t had a vet near the place for ages except for one cow with an eye cancer; the girls have got really good hybrid vigour and basically look after themselves.”
The Bowlands rear about 25 heifers and 25 steers annually.

“We haven’t sent a single calf to the yards which makes me immensely happy because I hate selling any calves to market,” Andrea said.
From a pasture management perspective they don’t use synthetic fertilisers and the farm is basically organic.
“We run a pasture-based system and because our paddocks were laid out and left we have a real diverse range of species including a lot of different clovers in our paddocks,” Ben said. In charge: Andrea Bowland makes all the decisions about AI and joining.

The first half of the 81-hectare farm is irrigated and they run the back of the property a bit like a run-off block.
“We refuse to buy temporary water so we just cut a little bit of hay and buy in any good quality feed we need for the milkers,” Andrea said.
At 65, Andrea still enjoys milking cows and she has no plans to stop anytime soon while for Ben, the farm provides the perfect balance of lifestyle and work with his young family.
“I am not a fully-fledged farmer,” he said.

“I like it for the lifestyle and the time I get to spend with my family especially during school holidays because I am always around and I can be there for my kids.”
Ben and Heidi have three children: Brooklyn, 12; Liam, 10; and Annika, 6.
Annika has special needs and farming less intensively gives Ben and Heidi the time and ability to really support her.
“I think being around the animals has really helped Annika and she spends a lot of time with me out on the farm,” Ben said.
Ben also has a bit of a sideline fixing small engines, while Heidi has just moved into dog grooming.
While Ben envisions no big changes to the way they do things in the near future, he said depending on what the kids want to do down the track, he might eventually move into just beef and a bit of hay/cropping.
“I would rather sacrifice income for what we have any day.
“We might only be small but we are efficient and we adjust our business according to the season — just because it’s a good milk price year doesn’t mean we will go out and milk more cows.
“We just stick to doing what suits us and our farm.” 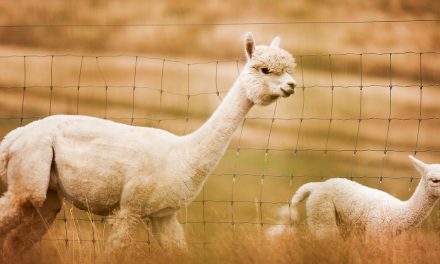 Herds of pigs, pet pigs and holiday pigs all need a PIC