To live, to love, to farm, to grow

Are you a small farmer with big ambitions? Like to expand?

Before you start, ask yourself: What am I trying to achieve?

Many small farmers equate expansion with buying more land. But it is the farm business that needs to grow, not simply the farm area.

If your aim is to improve productivity, increase efficiency and boost profits, you could:

Small Farms spoke to two farmers who kindly agreed to share their experiences.

Ben Wundersitz is part of the Anna Binna team that owns, leases and share-farms on the Yorke Peninsula. Fifteen years ago, the fifth-generation farmer cropped 500ha in a small family operation around Maitland. Today the Anna Binna business has 6500ha under crop in a 60km radius around the original property.

They started by making more efficient use of existing resources.

“Buying land wasn’t an option,” Ben says. “If we’d bought land it would’ve crippled the cash flow; we probably wouldn’t still be farming today because we wouldn’t have enough scale.

“So, we looked for the best return on investment for the limited capital we had.”

What they found was cropping machinery that sat idle for long periods. They put it to work by contracting for other farmers.

“We looked at our cash flow and our use of machinery, and decided we needed to be more efficient. Once we got the cash flow up, we could go into share farming and leasing.

“We ended up working for a lot of people who were potentially looking to exit the industry. We’re in a tightly held district; it was difficult to find land to buy or lease. Contracting got us a foot in the door.”

Many of their contract clients gradually transitioned to share farming, then to leasing.

Anna Binna has a strong focus on sustainable cropping and producing food-grade grains. Their push into no-till farming in 2000 allowed them to cover more land with less machinery.

“As we leased and share farmed more, we started getting more efficiency out of everything we had. We started running the seeder and the spreader 24 hours a day, so basically, we just did more with less.

“Once lease prices got to around three to four per cent of capital value and we had the cash flow, then we started buying land, because we had such a reliance on lease country.”

Ben attributes much of Anna Binna’s success to the team he has around him. When the initial decision was made to promote growth and increase profitability, the young farmer brought in a fresh team: an independent agronomist, new accountant, professional bookkeeper and a grain marketing consultant.

Today many of those same people sit on an advisory board with Ben and his wife Belinda.

“They are people who were working for the business before, now they working in it. We’re using their skills in a different way.”

The board uses benchmarking to identify strengths and weaknesses in the business. It has a strong focus on compliance, grain marketing strategies, and cost control.

“If we can keep our cost of production down, if we can be efficient with our machinery, and we’re good at selling our grain, we really only have to add water,” Ben says.

Kathy and Doug Mitchell run a self-replacing Merino flock and 60 to 80 head of cattle on Peppertree at Binalong and Rockview at Galong, in south-west NSW. It hasn’t always been that way.

The Canberra-based public servants met in 2004. Kathy managed Australian war graves around the world; Doug worked in forestry. Both already had two children.

“I’m city-bred but I’ve always loved the land,” says Kathy. “I have a love of country; that love of big, wide, open spaces.

“We came out here on weekends. Doug had a few cattle, a few Merino wethers. I’m sure he made no money, but he enjoyed it.

“Every weekend we’d dash out here with Doug’s two girls and do things, then madly dash back on Sunday night. I loved coming out here.”

For the first few years, the self-confessed “super-managerial type” continued to work long hours in Canberra and travel overseas about once a month. Doug made the farming decisions. Then Kathy’s management and bookkeeping experience kicked in.

“I started to take more interest,” she says. “I was heading towards 60 quite quickly, earning fairly good money, but I had a look and decided it (Peppertree) was never going to be big enough to make an income.

“I started to look at what was going on, and the fact that we were married and the tax I was paying on my job … I needed to change the way we accounted for things and did things, in order to maximise our savings.”

They consulted their accountant.

The result was the purchase of Rockview, 70ha at Galong, about 20km from their home.

“It was just by talking to the accountant and working out how we should be doing things, rather than just doing things. By buying that block I was able to offset some of the public service income against the farm income.”

The Mitchells changed their flock structure from wethers to a self-replacing Merino flock. They began to target slightly broader wool, 18 to 19 micron rather than 16 to 17 micron.

In 2012 the pair retired. Kathy had two years leave built up, and also picked up some part-time work at the local newspaper.

“It eased me into having less money than I was used to,” she says.

“We do all our own work except shearing. We employ a shearer, I do the wool classing, Doug does all the other bits and pieces.

Then Kathy had one of those “What if?” moments that strike fear into Doug’s heart. But it turned out all right  ̶  they split the Galong block in two.

One block has the original house, a shearing shed and 27ha.

“The house is over 100 years old, I would guess by its construction,” Kathy says. “We put it back into some sort of condition. We inherited some money … put a house on the other block.”

Both houses now produce rent. The smaller block with the original house is on the market. The funds will boost their superannuation, fund investments and shore up life at Peppertree.

“We have a lovely lifestyle. We don’t make a lot of money. We make ends meet, cover our costs and any money we make we re-invest. We’ve put in a bore and solar bore pump and gravity fed troughs to the lower property; things to save us labour so that as we age we can stay here. Any luxuries we have, we pay out of our superannuation.

“I love every minute of living here. I get up in the morning and I look out the window and I think ‘Isn’t this beautiful?’ ” 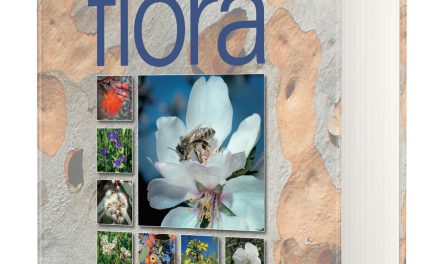