Mixed farm operator James Hegarty has taken out the 2019 Rabobank Business Development Prize from a field of some of Australia and New Zealand’s leading young farmers.

Mr Hegarty, who manages ‘Ben Nevis’ Station near Skipton in south-west Victoria, was recognised with the award for the strategic business plan he developed for the operation, after completing the Rabobank Farm Managers Program (FMP), a specialist course designed to strengthen the operational and strategic skills of emerging farmers.

The plan – which 33-year-old Mr Hegarty developed as a management project after undertaking the FMP last year – is already delivering tangible benefits to farm profitability and sustainability just 12 months after implementation.

The Rabobank Farm Managers Program is an annually-held course developed for younger Australian and New Zealand farmers looking to enhance their management capabilities.

Taking the learnings from the FMP and implementing them into the farm business he manages since graduating from the program 12 months ago, Mr Hegarty has been able to achieve improvements in ‘Ben Nevis’ Station’s business productivity and efficiency, technology adoption and farm infrastructure.

The business plan Mr Hegarty created as his management project for the program also helped him transition from being involved in his family’s merino sheep operation near Longreach, Queensland, to taking on the farm managers’ position at ‘Ben Nevis’ Station.

Now responsible for the day-to-day running of the prime lamb enterprise, which sees the business turn off 3500 lambs a year, he also oversees a 670-hectare cropping program of wheat, canola and barley.

Mr Hegarty said the FMP – through the business planning sessions – not only allowed him to document and then implement goals for ‘Ben Nevis’ Station, but also articulate his personal goal of purchasing a small farm within the next five years.

“I hadn’t really thought of doing a business plan prior to attending the FMP, but after completing the course I drew up a pretty detailed business plan of where I thought the business could improve and then set goals of where I wanted to go,” he said.

“I sent it to my boss straight away, because I wanted him to see what I had done at the course and also where I thought the business needed to go.

And I also wanted him to see my personal goals, so he is prepared for us to do that, because I want to buy a small place and still work for him.”

One of the first changes Mr Hegarty implemented from the business plan was to increase sheep numbers.

“In the business plan I had goals like increase our ewe numbers,” he said. “So this year we have already done that by joining an extra 800 ewes.”

Increasing the weight gain of prime lambs was also a goal, with lambs sold directly to Coles at 45 to 55 kilograms liveweight.

And this process, he said, was aided by investing in new technology in the form of an auto-drafter.

“So at weaning, for the first time ever, we weighed every lamb and then set targets for those lambs,” he said.

“It has helped us monitor our weights better and also monitor weight gains, and we were able to offload our lambs two months earlier than normal.”

This has not only benefited the bottom line of the business, Mr Hegarty said, but also given pastures a longer rejuvenation period.

The business plan also identified ways to improve farm business infrastructure – with five kilometres of fencing, two kilometres of new drains for water runoff and 140 hectares of raised beds completed in the past 12 months on an adjoining lease block – as well as, pasture improvement through targeted application rates of fertiliser.

“This year I developed a fertiliser schedule and set targets for when we apply fertiliser on our paddocks,” he said.

“We also did some soil mapping, which I hadn’t done before, for some variable rate fertiliser.”

Since completing the FMP, Mr Hegarty said, he had also worked on improving communication channels with key people in the business, setting up weekly meetings. And he had also begun communicating earlier with contractors.

“Because we use a lot of contractors, I learned that it was important to keep in touch with them more,” he said.

“So I have on-farm meetings with them twice a year to outline what is to be done and we set dates for when I need them here for sowing, harvesting or fertiliser spreading.”

This process, he said, had ensured the business is able to get contractors when it needed them.

“If you don’t give them enough notice or be organised when they get there, it doesn’t really work,” he said.

Mr Hegarty was presented with the Rabobank Business Development Prize by Rabobank New Zealand CEO Todd Charteris in front of graduates of the 2019 Farm Managers Program and industry leaders at the program’s recent graduation dinner in Christchurch, New Zealand.

Now in its fifteenth year, more than 500 Australian and New Zealand farmers have graduated from the program. 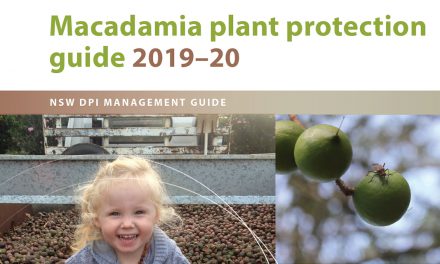