A portable tool kit, with the power to identify the DNA of invasive weeds when they first appear in the landscape, could soon transform weed management.

“The advantage of LAMP, the name given to loop-mediated isothermal amplification of DNA, is that we can quickly and easily identify trace amounts of leaf tissue within an hour at a cost less than $10 per test,” Dr Gopurenko said.

“Early detection is the key to managing serrated tussock and Chilean needle grass.

“Weed seedlings and young plants are difficult to distinguish from similar looking native grasses and the development of this DNA-based tool will help accelerate their detection.

“When these weeds first emerge in new locations they often remain undetected until well-established and become difficult to control.

“If land managers can detect these weeds when they first appear, control measures can be effectively initiated to get rid of the weeds before they become a huge problem.”

In the past four months DPI has delivered workshops demonstrating the new tool to more than 150 biosecurity officers and land managers from NSW, ACT, Queensland and Victoria.

Further development of the technology could see the method modified for diagnostics of other target weeds, insect pests and pathogens.

The project, funded by the Australian Government through the Control Tools and Technologies for Established Pest Animals and Weeds Programme, administered by the Department of Agriculture, is based on outcomes from the NSW Government’s Weeds Action Program. 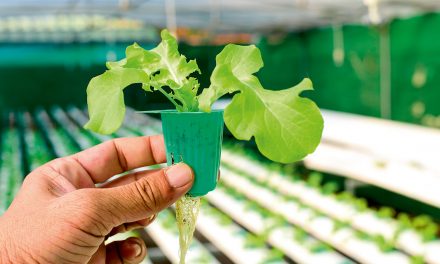 Getting started with aquaponics