Australia’s world-leading eating quality grading program, Meat Standards Australia (MSA) delivered an additional $198m to producers in the form of price differential for MSA v Non-MSA young cattle in 2018-19, which translates to a direct in the pocket benefit of $84/head for non-feedlot cattle producers, according to the latest data contained in the MSA Annual Outcomes Report.

The figure represents a 30% increase on the $152 million in additional farm gate returns MSA delivered in 2017-18.

The report also highlights that a record-breaking 3.5 million cattle were MSA graded in 2018-19, the highest number of cattle graded in a year since MSA’s inception in 1998, with the total representing 43% of the national adult cattle slaughter.

“In addition to delivering price premiums for producers, the MSA program ultimately delivers a consistent eating quality experience for consumers in Australia and in our export markets.

“Growth in MSA beef and sheep brands continues, with an additional 23 new brands licensed in 2018-19, lifting the total number of MSA licensed brands to 195.

“MSA is recognised by the United Nations Economic Commission for Europe as a global standard in eating quality and is also one of only three programs outside the United States to be approved by the US Department of Agriculture as a Process Verified Program.

“Achieving a higher price for our red meat will lead to greater returns for producers, and quality is a key attribute to make that happen and has become an expectation for our consumers.

“It is a focus for our industry – and MLA – to produce and market a product that consumers have confidence in and will be willing to pay more for. MSA is a system that can underpin our brands, both in Australia and in export markets.”

Ms Strachan said the benefits of the MSA program continued to attract producers, with more than 3,400 beef and sheep producers becoming MSA registered in 2018-19.

“This commitment to education is reflected in outstanding compliance to MSA minimum requirements at 93.8% for cattle and 96% for lambs.

“With increases in the volume and variation of cattle being presented for MSA grading, producers across the country achieved a national average MSA Index of 57.48.”

Ms Strachan said the Eating Quality Graded (EQG) cipher, released in 2017 as part of the Beef Language Review, has continued to have strong adoption.

“The MSA licensed processors and operators now using the EQG cipher within parts of their business, represented 48% of MSA graded cattle at June 2019,” Ms Strachan said.

By volume, Queensland continues to process the greatest number of MSA graded cattle with 1.6 million head, while, at 82%, South Australia had the greatest proportion of its cattle slaughter MSA graded.

By volume, Victoria processed the greatest number of MSA lambs at 2.1 million head, while South Australia had the greatest proportion of the state lamb slaughter following MSA pathways at 42%. 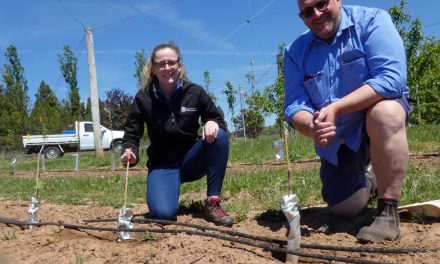