Minimising grain on the ground after harvest will assist in maintaining current low populations of mice across Australia’s grain growing regions.

That’s according to pest experts who are encouraging growers to harvest as cleanly as possible and practice good farm hygiene, especially around grain storage facilities, to reduce the availability of food for mice.

“Given it has been a variable season right across the grain belt, we know that many growers will be conscious about getting as much grain as possible into the silos so that will certainly help to reduce the potential for any build-up in mouse populations,” says Mr Henry, whose mouse-related research is through a Grains Research and Development Corporation (GRDC) investment.

“We also recognise that some crops may not be harvested at all, and in those situations it would be advisable to consider using livestock where possible to remove potential food for mice.”

Mr Henry, who recently completed a spring monitoring exercise with his colleague Wendy Ruscoe, says mouse numbers remain low across all grain-growing regions in Australia, largely because of the continuing dry conditions in many parts.

“In South Australia, mouse numbers are low across the northern Adelaide Plains, the Mallee, Eyre and Yorke Peninsulas, while the situation is similar in Victoria where abundance is low in regions such as the Mallee and Wimmera.

“In northern, central and southern New South Wales, there has been no mouse activity, while numbers in Queensland are very low throughout the Darling Downs and around Goondiwindi. In Western Australia, mouse abundance is also at a low level.”

Mr Henry said to further assist with monitoring efforts, a new benchmark site and a further 10 rapid assessment sites have been set up at Parkes by the NSW Department of Primary Industries.

Benchmark sites at Mallala in SA, Walpeup in Victoria, the Darling Downs in Queensland and now Parkes in NSW involve the collection of live trapping data for use in population modelling.

In addition, qualitative monitoring networks comprising farmers and agronomists in 11 local areas assist in the gathering of regional mouse population and activity intelligence.

Mr Henry said mice started to breed in early spring and numbers are expected to slowly increase through the remainder of spring and summer to reach a peak in late autumn 2020. Mouse numbers are not expected to rise enough to cause any problems for 2020 sowing programs.

In the meantime, he encourages growers to actively monitor mouse activity via chew cards or active burrow counts, as isolated patches of higher mouse activity can occur where conditions are favourable.

“I urge growers to report and map mouse activity – presence and absence – using MouseAlert (www.mousealert.org.au) so other growers can see what activity is being observed in their neighbourhood and via Twitter using @MouseAlert.”

Mr Henry reminds growers that weather events, such as hail, intense wind and late spring or early summer rains that can that damage mature crops and also produce a flush of summer weeds, can contribute to mouse food sources over summer.

As part of the suite of GRDC investments, CSIRO researchers have been undertaking bait substrate trials to determine what is driving a perceived reduction in efficacy of zinc phosphide bait and testing potential new bait substrates that might be more attractive to mice.

Researchers are testing the willingness of mice to transition from one food to another and then determining whether mice will continue to eat that alternative food source once zinc phosphide bait has been applied.

Another experiment has aimed to determine the acceptance of different toxic bait substrates by mice when challenged against a different background of food types.

The next phase of the research will examine the role of available alternative food on commercial zinc phosphide bait effectiveness.

The GRDC mouse-related investments include a focus on mouse ecology. This work will involve a series of experiments aimed at understanding how mice function in zero and no-till cropping systems.

Results from bait substrate experiments, in conjunction with the results of the work in the five key mouse ecology priority areas, will form the basis of a series of recommendations for improved mouse control strategies for Australian grain growers. 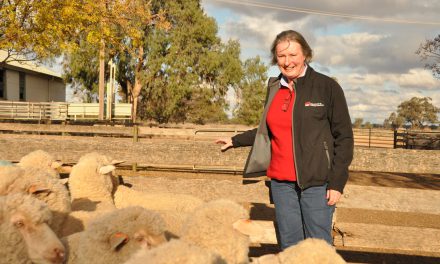