“We need to move away from the idea of protected areas for conservation and stop seeing productive farmland as a hole in the landscape from a biodiversity point of view,” ecologist Menna Jones from the University of Tasmania told the Ecological Society of Australia Conference in Launceston on Monday.

Ninety-nine percent of our country is outside of islands and fenced reserves where pervasive threats like feral cats can be eliminated, she said, so we need to learn how to manage the landscape as a whole, working with farmers and other land managers.

Being acknowledged for her lifetime contributions to ecology with the Australian Ecology Research Award (AERA), Menna highlighted the many examples of conservation activities she’d been involved with on farms and on private properties in the Tasmanian Midlands and beyond.

The Tasmanian Midlands is one of Australia’s 15 national biodiversity hotspots and still has animals that are now lost from or struggling on the mainland, such as the eastern quoll and the eastern barred bandicoot, but less than one tenth of the original grassy woodlands and three per cent of the grassland remains.

“Conservation is possible on our productive land,” Menna said.

“The key to preserving the unique biodiversity of the Tasmanian Midlands, and many others around the country is collaboration.”

The Tasmanian Midlands is a great example of this being put into action, where farmers are working with some of Australia’s most important conservation organisations such as Bush Heritage Australia, the Tasmanian Land Conservancy, Greening Australia and Landcare to protect and restore this special landscape.

This week the experts are meeting at the Ecological Society of Australia Conference in Launceston to discuss how to secure a brighter future for the Midlands, and how farmers can contribute to conservation around the country.

In 2012, the Midlands Conservation Project emerged as a new way to conserve the highly threatened native communities and species in the Tasmanian Midlands.

Much of the protected land is still actively managed on these 13 farms with sheep and some cattle able to graze the grassy woodlands and grasslands.

Funding is provided to the farmers if they meet (or exceed) the goals outlined in each stewardship agreement. If farmers underperform, the agreement can be terminated, and the funding moved elsewhere. Long-term ecological monitoring is the cornerstone of these agreements and adaptive management approach based on this ecological information will help ensure that these lands are well managed into the future.

Does money grow on trees? The business case for trees on farms

Zara Marais (The University of Tasmania)

Integrating trees and shrubs into farms (agroforestry) can provide ecosystem services, such as wind speed reduction and erosion control, which have the potential to increase farm productivity and farm sustainability.

Researchers from the University of Tasmania’s ARC Industrial Training Centre for Forest Value have applied the principles of Natural Capital Accounting (NCA)  to agroforestry at the farm scale – using field experiments based in the Tasmanian midlands – to try and estimate the economic value of the trees and shrubs in agroforestry plantings based on the ecosystem services they provide to agriculture.

They found that there is potential for NCA to be useful at the farm scale for quantifying and comparing the value of various types of agroforestry plantings, provided more work is done to understand ecosystem service provision at these fine scales. The use of NCA as a tool in this context presents opportunities to better understand and communicate the value of agroforestry plantings, and to develop new incentives for private investment in agroforestry and restoration.

Native insects could help do the work of European honeybees in pollinating Australia’s crops, contributing to conservation at the same time, according to two new studies from the University of Tasmania and the Hawkesbury Institute for the Environment at Western Sydney University.

In the Tasmanian midlands, Adelina Latinovic from The University of Tasmania studied whether native pollinators would visit carrots crops to assist with pollination. She is now developing a calendar of ‘which plants flower when’ to help famers chose species they can plant on their properties to support pollination of their crops by native insects, as well as helping to address biodiversity loss.

Also in these sessions:

· What have we learned from 10 years of habitat restoration? –DrElisa Raulings(Greening Australia)

· Which seeds should we sow in climate uncertainty? –DrPeter Harrison (University of Tasmania)

· Which land should we restore with pollinators in mind? – Ms Sofia Lopez-Cubillos (University of Queensland) 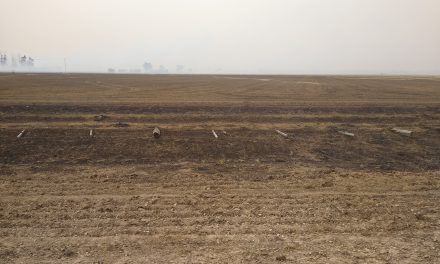