Does your dog work harder than the rest? Does your dog have what it takes to be crowned Australia’s hardest working dog? Put it to the test by nominating it for the 2019 Cobber Working Dog Challenge.

No matter the breed or work they do, owners of working dogs are encouraged to nominate their canine co-workers.

Two dogs from each Australian state will be selected from the nominations to compete in the fourth annual Cobber challenge.

The Cobber challenge tracks the dogs’ work over a three week period; this year from Monday, August 12 to Sunday, September 1.

Each of the 12 competing dogs will wear a GPS collar to track how hard they work in their natural environment.

The competitors will be scored based on distance, speed and duration of work per day.

Their data will be uploaded daily, so people can follow the performance of individual dogs, as well as the best performing state.

Points will be calculated based on this information to crown the 2019 Cobber challenge champion.

Boof, a Kelpie that works on a mixed farm in south-west Victoria, took out the title last year.

Then six-years-old, Boof had a late dash of activity to edge out the competition in the last days of 2018 Cobber challenge.

Over the three weeks, Boof ran more than 630km at an average of 10.62km/h, totals that surprised owner Henry Lawrence.

“I knew he’d do a lot, but in the last week, when work picked up, he piled on the kilometres. One morning when we were shifting a mob, he covered around 40km, and then another time he clocked almost 70km for the day,” said Henry.

He said it was fortunate Boof was picked to compete last year, because in recent months, Boof’s been forced to slow down.

“Boof broke his leg. He was trodden on by a bull, but X-rays show it’s healing well,” said Henry.

“Boof will go into a more casual, part-time role in the team when he’s recovered. He’s earned it.”

Henry works with three other dogs, including one of Boof’s daughters, Grace, who is showing great potential. Henry thinks she’ll be his next main dog, but she has a lot to live up to.

“Boof’s a pretty great dog – he can work a mob of sheep through a mob of cattle or vice versa or go ’round them both if I want, he just seems to know what I’m after so it’s pretty special,” he said.

Ian Moore, group marketing manager of Ridley which produces Cobber, said his team was excited to open the nominations for another year and they couldn’t wait to see the entries.

“Working dogs are essential members of farming teams thanks to their natural instincts to herd and work hard. Farmers tell me a good dog can do the work of at least two or three people.”

Nominations will close on Sunday, July 7. 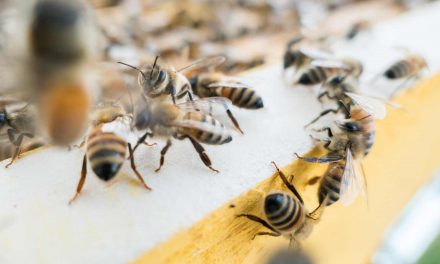