Fish populations in the Lower Darling area are being sampled to determine the status following major fish kills in December 2018 and January 2019.

“While overall water availability across the Lower Darling and the Murray-Darling Basin generally remains low, with low to no flows persisting, the good news is the seasonal quality of water for fish in the system has improved with cooler daily temperatures, including the reach affected by fish kills in December 2018 and January 2019,” she said.

“The most recent dissolved oxygen data from within the Menindee Weir 32 weir pool (the affected reach) and surrounding Lower Darling shows that levels have returned to normal and the water in the pools is well mixed.

“With the improvements in water quality DPI Fisheries scientists will be able to use a variety of methods to sample the fish, minimising any further stress on Murray Cod and other native fish species while collecting this important information.”

This sampling program will:

• Identify the population structure of the fish community and compare it to adjacent unaffected reaches to see what affect the fish kill events had; and

• Enhance DPI’s understanding of the nature of the recent fish kill to support future responses and recovery actions.

“This critical research will allow us to determine the extent of the impact from the fish kill events; report an estimate on the number of fish that survived and their current condition, and guide management actions in the region to protect and recover native fish populations,” Ms Fairfull said.

“The Lower Darling River is significant for native fish species in the Murray-Darling Basin including iconic species such as Golden Perch, Murray Cod Silver Perch and Freshwater Catfish, and a number of other important native fish species.

“While the recent fish kills within the Menindee Weir 32 weir pool were extensive, historical data records suggest strong populations of Murray Cod and Golden Perch persist in the Lower Darling River downstream of the Menindee Lakes.

“More than 500 km of the Lower Darling was unaffected by these fish kill events, which provides DPI Fisheries scientists with the ability to compare populations and to support the restoration of the affected reach.” 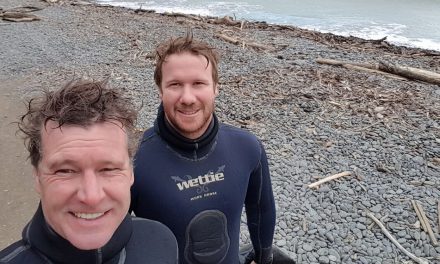