River Murray Weekly Report – For the week ending Wednesday, May 15 A cold front and associated low pressure system moved across the southern Murray-Darling Basin early this week and delivered welcome rainfall over the southern ranges and the wheatbelt regions of southern New South Wales, Victoria and South Australia. In southern New South Wales widespread falls between 10 and 25 mm were recorded, including 23 mm at Albury airport and 12 mm at Lake Victoria. Rainfall was generally heavier across Victoria, particularly in northern, central and western areas where 51 mm was recorded at Daylesford and 45 mm at both Charlton and St Arnaud. Falls were also widespread in South Australia’s lower Murray-Darling Basin region. Murray Bridge received 25 mm of rain, 29 mm fell at Meningie and 48 mm at Mt Compass in the Mount Lofty ranges.

Modest rainfall over the upper Murray catchments only provided some brief streamflow rises to upper Murray tributaries. Flow in the upper Mitta Mitta River at Hinnomunjie Bridge increased from 700 to 850 ML/day and has since receded to near 500 ML/day. At Biggara, on the upper Murray, the flow increased marginally to near 550 ML/day before easing to below 400 ML/day. Inflows from the Kiewa River to the Murray, measured at Bandiana, have averaged near 1,100 ML/day over the past week, while the Ovens River at Wangaratta has fluctuated around 500 ML/day.

Following recent rainfall, and as the irrigation season draws to a close, system transfers between Dartmouth, Hume and Lake Victoria have been reduced. Transfers from Dartmouth to Hume Reservoir ceased in March and releases from Hume have significantly reduced. IVT delivery from the Goulburn system is continuing but at considerably reduced rates. Over the coming week there is a low risk of a shortfall (based on current demands, weather forecasts and operations).

At Dartmouth Reservoir, the storage volume increased by 6 GL to 2,465 GL (64 per cent capacity). The release from Dartmouth, measured at Colemans, remains near 300 ML/day and is expected to be steady over the coming weeks.

At Hume Reservoir, the storage volume increased by 8 GL to 450 GL (15 per cent capacity). This week’s Hume release has averaged around 2,300 ML/day and over the coming week it is likely releases will vary around the current rate of 2,500 ML/day.

Downstream at Lake Mulwala the level is currently at 124.75 m AHD which is within the normal operating range (124.6 to 124.9 m AHD). Irrigation diversions to Mulwala Canal ceased for the irrigation season on May 8. Murray Irrigation Limited (MIL) will undertake major works during the off-season with refilling of the irrigation network expected to commence on July 24.  The Victorian gravity irrigation season concluded on May 15. Irrigation diversion to Yarrawonga Main Channel (YMC) has now ceased, with the current diversion of 150 ML/day an environmental order that is released into the lower Broken Creek for the benefit of native fish, before returning to the Murray.

The release from Yarrawonga Weir has been gradually reduced to the current flow around 4,000 ML/day and will remain near this rate over the coming week. This flow is on behalf of environmental water holders and is for the benefit of native fish along the length of the Murray. Without this environmental demand, flows downstream of Yarrawonga would be much lower as current operational requirements are less. The difference between the current release and the operational requirement is being met by environmental entitlements.

Downstream river levels have slowly fallen as the reductions from Yarrawonga take effect downstream. These lower river levels have resulted in decreased flows through the Edward River and Gulpa Creek offtakes. The Edward and Gulpa offtakes are currently passing 730 ML/day and 200 ML/day respectively and may ease further in coming days. As the gates at these regulators are now raised clear of the water, inflows to the Edward-Wakool system are expected to fluctuate over winter in response to flow changes in the River Murray at Picnic Point. With diversions to Mulwala Canal and Wakool Main Canal ended for this irrigation season, these channels are now being drained in preparation for maintenance and construction works over the irrigation off-season. The resulting return flows from these irrigation channels increased the flow downstream of Stevens Weir briefly from 1,600 ML/day to near 2,500 ML/day, and has now reduced to near 1,900 ML/day. As these return flows subside and as flows through the Edward and Gulpa offtakes lessen, the flow downstream of Stevens Weir is expected to fall towards 600 ML/day during this coming week.

Inflow to the Murray from the Goulburn River, measured at McCoys Bridge, averaged about 1,000 ML/day this week and is expected to be marginally lower over the coming week. The majority of this flow is Goulburn Valley Inter Valley Trade (IVT) water that is being delivered to help meet demands on the River Murray as a result of trade from the Goulburn to the Murray valley.

National Channel diversions reduced this week from 1,000 ML/day to 600 ML/day and are expected to cease on 15 May. As part of the weir pool variability program the Torrumbarry weir pool is being gradually lowered to 30 cm below Full Supply level (FSL) over the next couple of weeks. It is intended that the weir pool will be lowered to 50 cm below FSL by late June before being returned to FSL by early August in time for the commencement of the irrigation season. River users and landholders in the weir pool should remain aware of the changing water level in case adjustments need to be made to pumps, moorings and recreational activities. More information will be provided in next week’s Weekly Report.

The release downstream of Torrumbarry Weir averaged 4,600 ML/day and is expected to ease later in the coming week. Lock 26 at Torrumbarry remains closed while repairs are made to damaged inlet valves.

At Euston, the weir pool level during May will be gradually lowered to around 30 cm below FSL. The downstream release averaged 7,300 ML/day and is expected to fluctuate around this rate over the coming fortnight.

In the northern Basin, flows resulting from a significant rainfall event in late March have continued to move steadily downstream along various tributaries. Follow-up rainfall has helped Warrego flow reach the Darling River, with the first gauge downstream of the Warrego-Darling junction at Louth peaking around 1,000 ML/day. This week the flow front reached Tilpa, with the Tilpa flow now above 200 ML/day. It remains unclear if any flow will reach as far as the Menindee Lakes.  The flows continue to provide environmental benefit, recharging parched waterholes, wetlands and landscapes. Upstream on the Border rivers and Gwydir River, releases on behalf of environmental water holders are continuing to move downstream.

A red level warning (high alert) for blue-green algae remains at Wilcannia on the Darling River and Pooncarie on the lower Darling. A summary of alert levels in New South Wales is available on the WaterNSW website. More information regarding the water quality conditions of the lakes and the lower Darling is available at the WaterNSW website. Information on factors that affect fish is available from NSW Department of Primary Industries website. Information on drought impacts across the Murray-Darling Basin including on fish and system operations is available on the MDBA website.

The Menindee Lakes storage volume is 17 GL (1 per cent capacity). WaterNSW continues to manage the Menindee Lakes in accordance with the Lower Darling Annual Operations Plan. As part of drought contingency measures within this plan, WaterNSW has installed four temporary block banks across the lower Darling upstream of Pooncarie at Court Nareen and Karoola, below Pooncarie near Jamesville and below Burtundy near Ashvale. Water held in these pools will assist in maintaining supply to domestic, stock and permanent plantings along the lower Darling. The release from Weir 32 ceased on February 12. WaterNSW has advised that releases at Weir 32 are only planned to recommence when significant inflows are received into the Menindee lakes. Despite localised rainfall this week inflows are currently zero and no significant inflows are expected. Water restrictions remain in place across much of New South Wales as a result of the extensive and on-going drought conditions.

On the Murray at Wentworth Weir, operations continue to target a pool level of around 10 cm above the full supply level to assist pumpers in the upper reaches of the Darling River arm of the weir pool whilst there is no inflow from the Darling River. The downstream release averaged 6,700 ML/day this week.

At Lake Victoria the storage increased by 20 GL to 201 GL (30 per cent capacity). The flow to South Australia is currently targeting 3,200 ML/day. The current flow consists of a relatively small amount of environmental water delivered from Broken Creek and the Campaspe River.

Rainfall helped boost the Lower Lakes 5-day average water level by 2 cm to 0.55 m AHD. Over the last several months environmental water delivered to South Australia has helped to slow the rate of fall at the Lower Lakes and prolong small barrage releases, when wave and tidal conditions allow, to support fish condition and improve salinity levels in the Coorong. All fishways remain open. 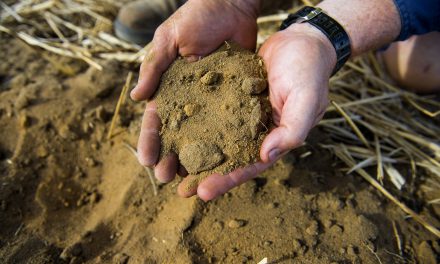 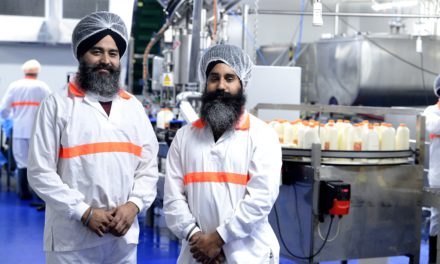