National lamb slaughter has also been revised slightly higher and is now expected to reach 21.6 million head, a decline of 5% on 2018.

“There has been exceptionally strong demand from China and the United States in particular, supported by a depreciating Australian dollar,” Mr Cheetham said.

“Prices across all categories reached record levels during winter. The national saleyard trade lamb indicator powered through 900c/kg at the beginning of July and ultimately reached a peak of 950c/kg, 9% above the high achieved in September 2018.

“Once conditions improve, strong prices for both sheep and lambs are likely to see many producers begin to rebuild their flocks after a long period of destocking. Increased restocker activity will apply further competitive pressure to processors looking to fulfil export demand.

“For large parts of the east coast, water shortages have reached a critical point. Producers in many regions face an increasingly difficult and expensive burden in sourcing water for livestock, with many opting not to join their ewes on hand or further destock.

“The extent of elevated breeding ewe turnoff at the beginning of the year eased during the winter months, as producers looked to spring and post weaning before assessing feed availability.

“As a result, the annual sheep slaughter forecast remains unchanged from the previous projections at 8.5 million head.”

“The decline in production is due to the considerable drop in lamb slaughter, but will be partially offset by increasing carcase weights,” Mr Cheetham said.

“The impact of deteriorating feed and stock water pressures cannot be understated. However, average lamb carcase weights have progressed in 2019, supported by the price of finished lambs.

“Producers with lambs on hand but limited feed have increasingly refined their production
systems to reflect the difficult conditions, with greater focus on supplementary feeding and lot feeding lambs.

Mr Cheetham said the southern wet season had so far been very mixed, with parts of South Australia and south west Victoria having an above average season, in stark contrast to the challenging conditions experienced in northern Victoria and the majority of New South Wales.

“The significant variability has presented challenges in ascertaining how national lambing rates have performed, however, the overwhelming consensus is for fewer lambs to enter the market for the remainder of 2019,” Mr Cheetham said.

High sheep slaughter and poor joining and lambing rates has seen the national sheep flock now estimated to be 66 million head, representing a decline of 6.5% year-on-year. 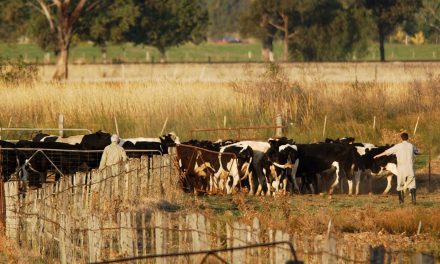