The Small Farms butcher shop – run by Steve and Lynn Bain – keeps working away with that square cut. This month they take a look at the square cut shoulder flat roast as a boneless treat for the table.

A Square cut shoulder is a square shaped block of meat cut using a meat saw from the shoulder/forequarter area of a side of meat.

Last edition we trimmed the rib bones (and backbone) from the square cut shoulder; this edition we flip the same cut of meat over and remove the shoulder blade (AKA scapula) and arm bone (AKA humerus) to reveal a boneless flat roast.

The general plan is to locate the hinge joint between the blade bone (scapula) and the upper foreleg bone (humerus) and then cut away the top layer of meat over the joint and scapula thereby exposing the ‘v’ or triangular shaped scapula bone.

Next, using the point of your knife, cut around the edges of the scapula as well as underneath the bone in order to free the bone from the meat.

Please note there isn’t a bone to bone joint where the scapula meets the ribs; thus, with quadrupeds, the scapula is able to be removed from the rest of the forequarter by slicing along the flesh between the blade bone and the ribs. 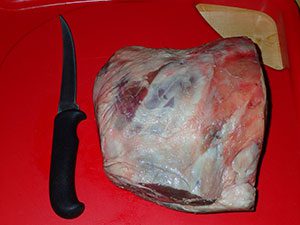 Step Two: This side on view of the square cut shoulder (image taken before the ribs and spine were removed) shows the end on view of the scapula/shoulder blade (also sometimes referred to as the blade bone). 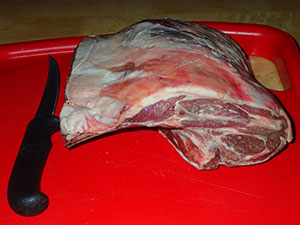 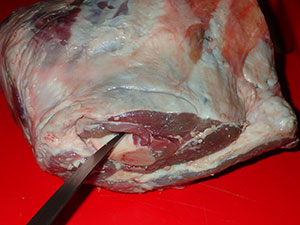 Step Six: With your knife, flat to the bone, cut outwards away from the ridge in order to cut the flesh away from one side of the scapula (AKA shoulder blade). 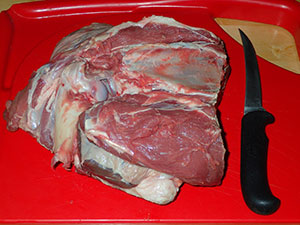 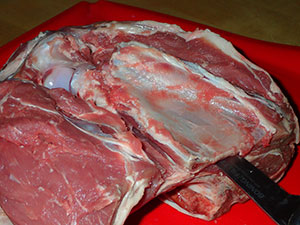 Step Nine: The scapula and part of the (sawn) humerus separated from the now boned (bone-out) shoulder roast (note the ridge of bone on the top of the scapula – when commencing the removal of the scapula, you’ll need to cut down either side of this centimetre high bone) 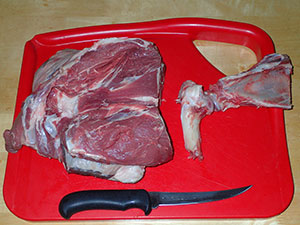 You now have a boned out flat roast ready for a slow cooking or slow roasting recipe. Well colour me every shade of the RAINBOW 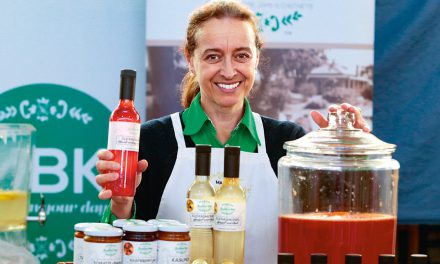 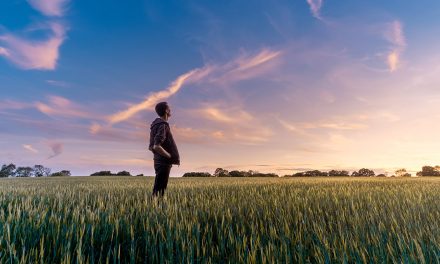